This game is similar to many other games with words searching.

The goal of it is to open as many pyramids as possible. Each pyramid contains 8 words.

While making a step, one can guess a letter or the whole word. At the beginning of the game you have 100 steps.

If you select wrong letter or enter wrong word you lose one step. When the current word is opened you get three additional steps.

The more pyramids opened – the better.

Features of the game: 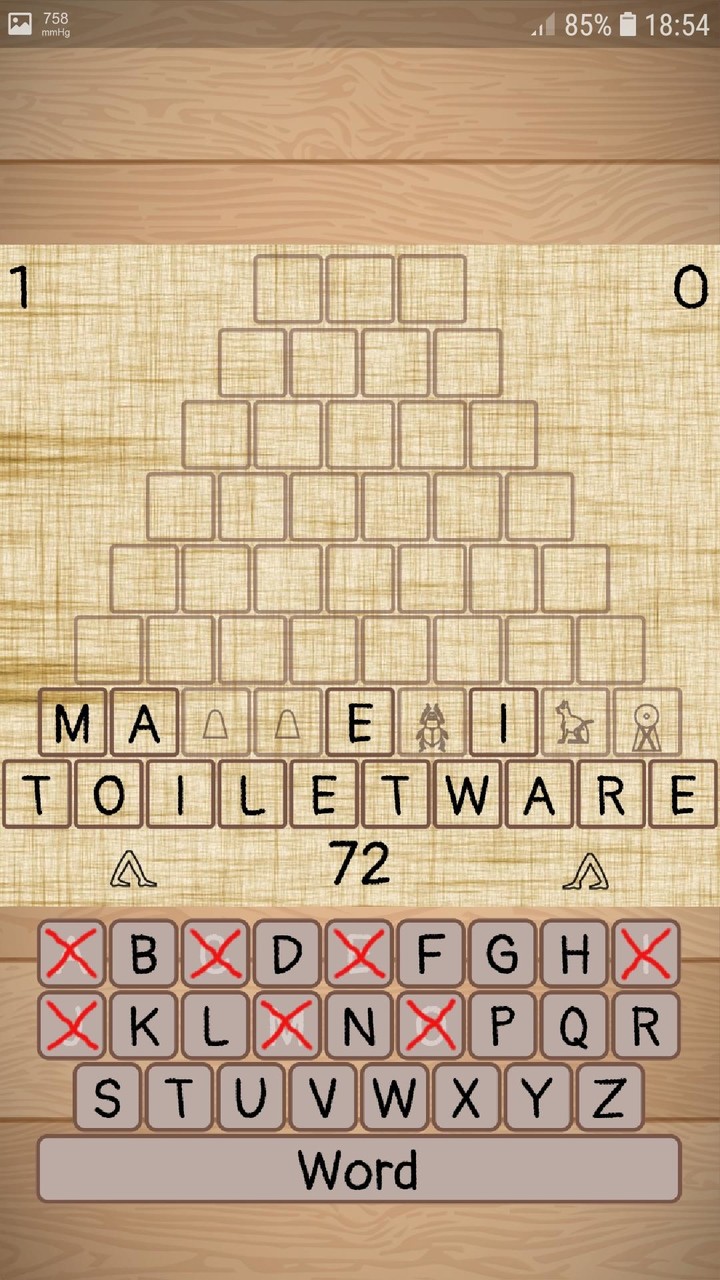 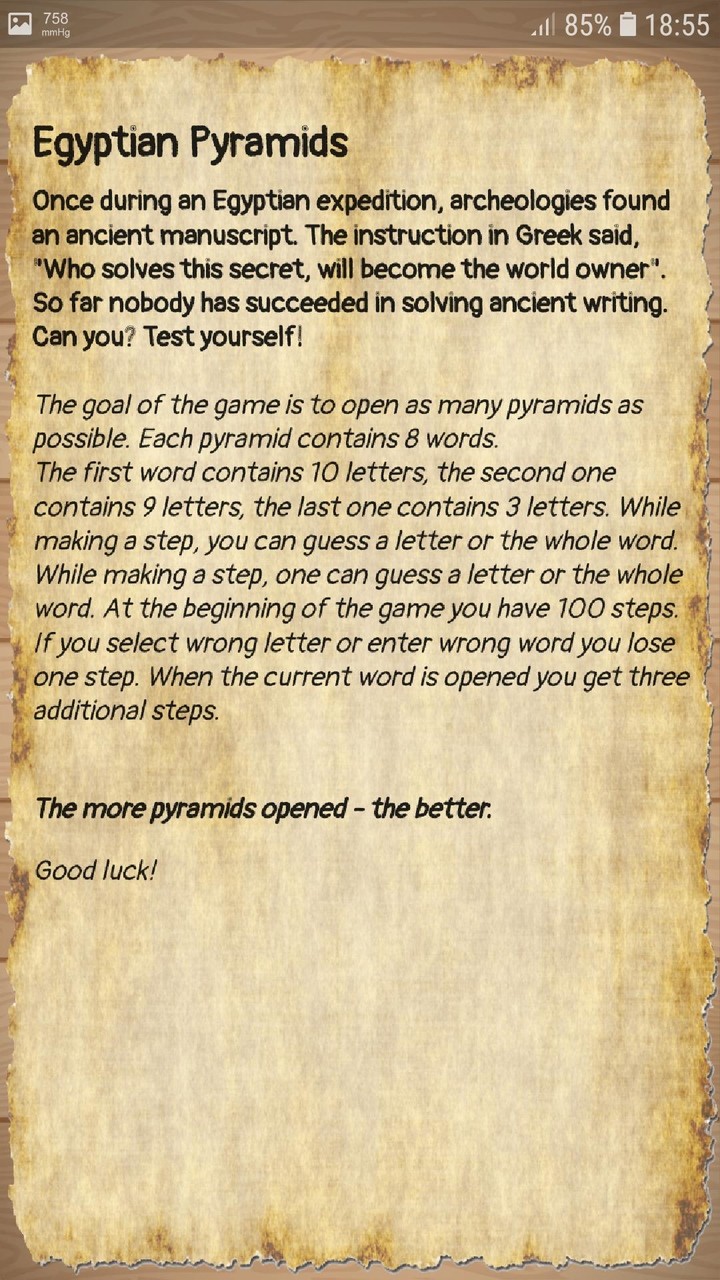 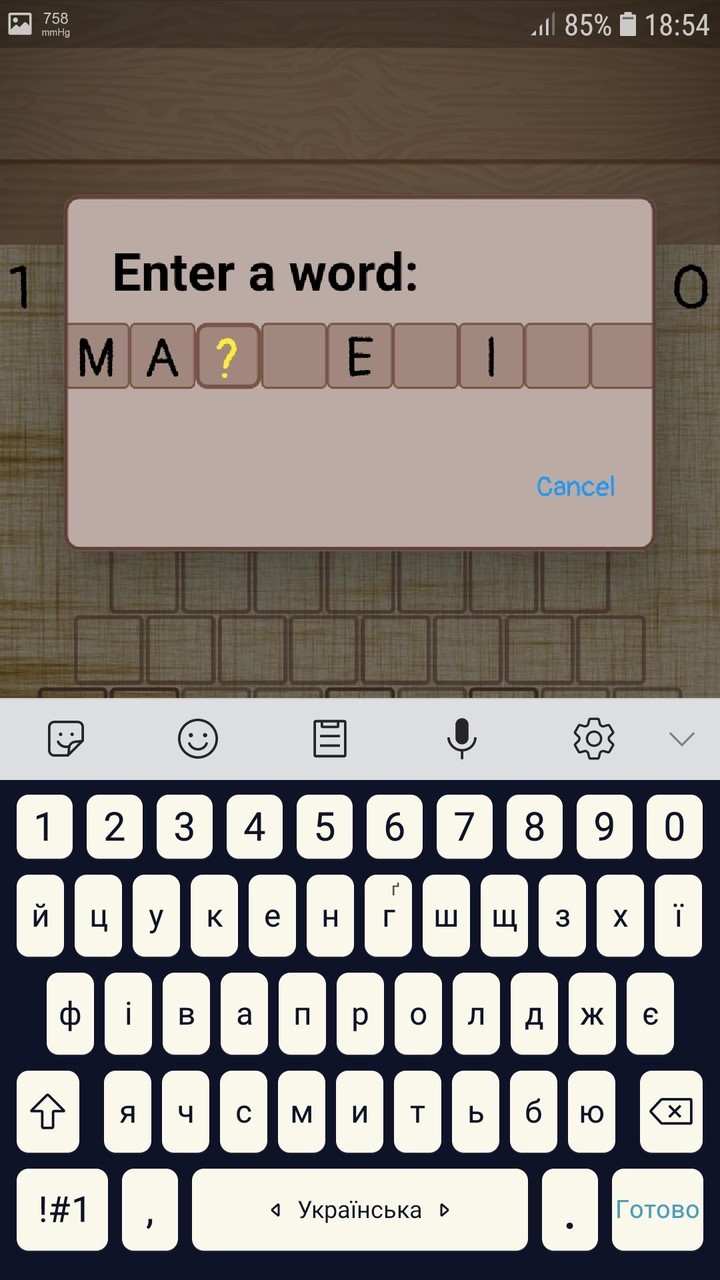 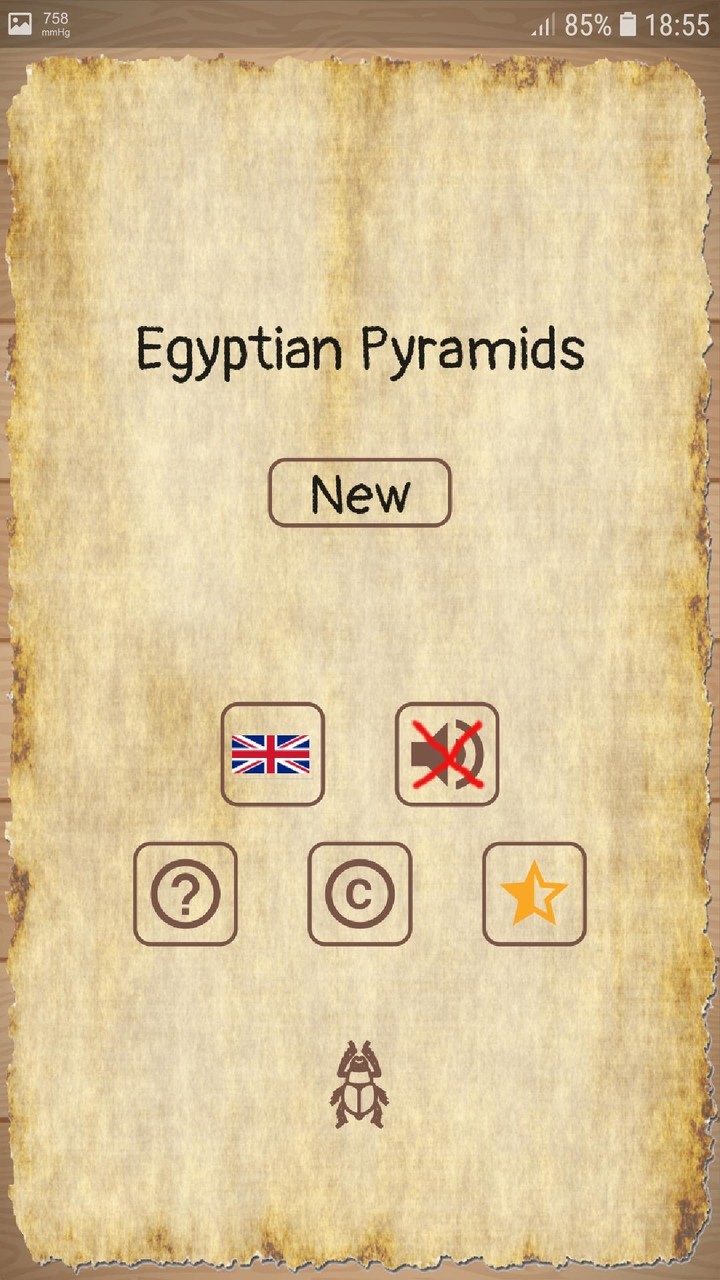